Thunder wakes me, rolling over the townships,

then the suburbs south of the city, and eastward over the veldt.

in the secured, hotel car park.

The Klipspruit, which flows passed the vast,

the shacklands, their improvised shanties,

and I think of the rain falling on the newly paved

the other side of the railway tracks.

Standing on the footbridge yesterday,

I could hear the distant call to prayer from Lenasia

on the higher ground beyond the river.

A flock of Brown Ibis flew over –

moving slowly under the bridge. After it,

two people crossed the rails from the old street market

to the ‘informal settlement’ – a middle aged woman

in traditional township dress and a teenage girl

pristine in her Jozi school uniform.

the clangour of wagons shunted,

Note: first published in ‘A Jar of Sticklebacks’ – http://armadillocentral.com/armadillo-central/a-jar-of-sticklebacks-david-selzer. 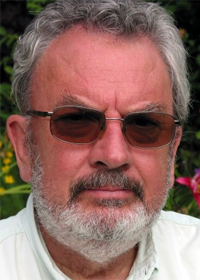